Showing posts from February, 2014
Show all

Parenthood: A day in the life 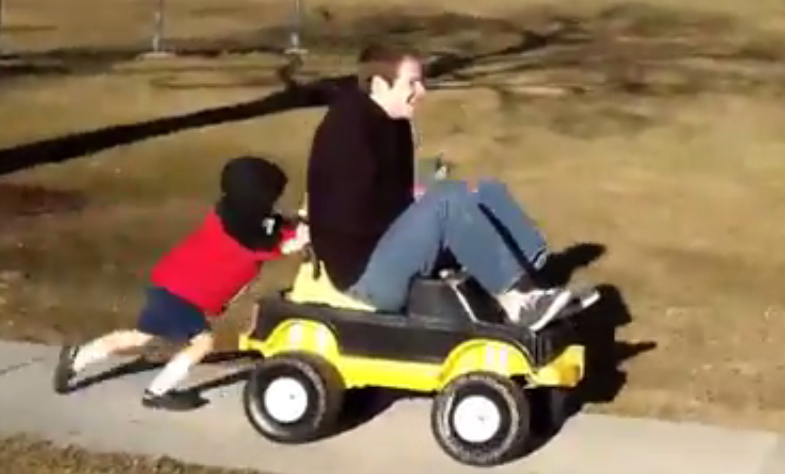 Bryce getting a workout We participated in a church talent show tonight. Heather and I wanted to do something that involved the whole family, so we decided to make a short movie starring Bryce and Lydie. Bryce inspired the idea a few months ago-- psych-- a little over a year ago. Time is going way too fast... Anyways, it was time to get ready for bed and we did a role reversal; Bryce played daddy. He read a story, said a prayer, brushed my teeth, tucked me in, gave me his doggy to snuggle with, turned on the night light, and then with a kiss and an "I love you," closed the door. I started saying, "Scary!" (just like he used to). Bryce opened the door and rushed to my bedside, laid his head down beside mine and said, "Don't worry." And then my favorite part: slowly backing away, he calmly reassured me again and again before sneaking out the door. Unfortunately, we didn't catch any of that on camera. We didn't exactly try to reenact i
Post a Comment
Read more
More posts