Showing posts from March, 2016
Show all

The good news about Donald Trump 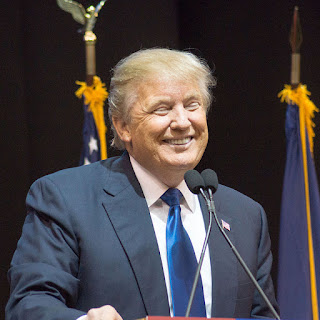 Trump smiling, eyes closed to reality. Photo by Marc Nozell. Used with permission. Donald Trump is not going to snag the Republican nomination: There will likely be a brokered convention. Going into today, Trump had only won about 46-49% of the allocated Republican delegates; he needs at least 50% to win the nomination outright. That may seem like a very narrow margin. But it really is not that narrow given the nature of the primaries and caucuses that lie ahead. [ Going forward, I use "primary" very loosely, referring to both primaries and caucuses. ] Until today, the vast majority of the Republican primaries have been “open.” In “open” primaries you don’t have to be a Republican to have your say in who should be the Republican nominee. Some have speculated that a substantial number of Democrats have opted to vote in the Republican primaries instead of their own. The thinking is that they want to see Trump nominated. He would be relatively easy for
4 comments
Read more
More posts