Myth #1
To be gaining this type of momentum, Evan McMullin must have some big money donors.

Fact
Evan McMullin's campaign has had only $1.0 million to work with this election. None of it has been outside money. That means none has come from super PACs, party committees, or 501(c) "dark money" interest groups, like the Clinton Foundation.

Just how much money have the other campaigns had to convince you that you should vote for their preferred candidate?

Opinion
What Evan McMullin and Mindy Finn have done with only $1 million in a little more than three months is nothing short of a #2016miracle. If money is not responsible for their success, what is? Simple. Message.

Opinion
This obvious and weak fabrication reflects poorly on those who perpetuate it and the candidates they support. But it does prove one thing. Evan McMullin is much more than a #nobody. To the opposition, he is worth libeling.

Myth #3
Evan McMullin is not married because he is a homosexual with "two mommies."

Fact
McMullin's mother is married to another woman. But Evan McMullin advocates for traditional marriage and has promised that he would not leave office without finding a First Lady.

Opinion
McMullin has been uniquely prepared to foster a desperately needed environment of inclusiveness and tolerance toward the LGBTQ community in this country, while simultaneously standing firm for his personal beliefs regarding traditional marriage.

Myth #4
Only 11 states can vote for Evan McMullin. 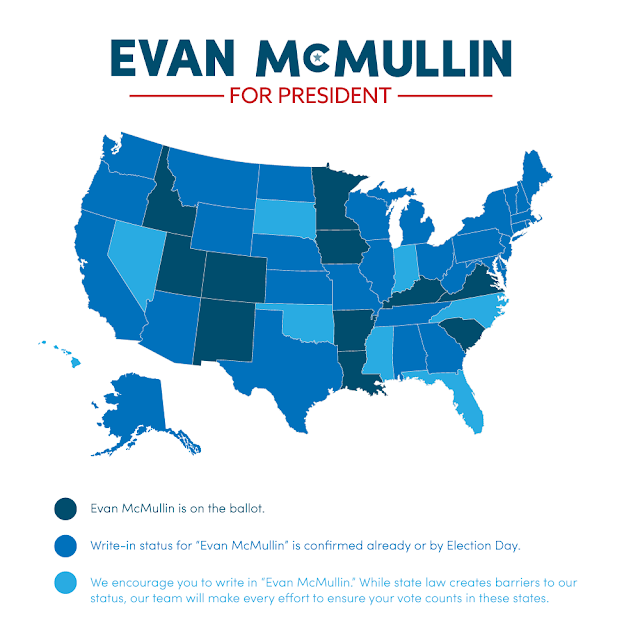 Opinion
How electrifying would it be to be in one of those states that gets to write in Evan McMullin! I am honestly a little jealous that I live in a state where he is on the ballot. It would be so satisfying to every democratic and patriotic fiber in my soul to go through the ballot check, check, check, and then stop, slow down, and correct the ballot's deficiency by carefully writing in bold, undeniable letters, "E-v-a-n M-c-M-u-l-l-i-n" and chuckle a little as I hop the final hoop of writing in vice presidential ballot placeholder, "N-a-t-h-a-n J-o-h-n-s-o-n," knowing I am really backing Mindy Finn.

Myth #5
Standing up with Evan McMullin and Mindy Finn is a waste of time.

Fact/Opinion
This unfortunate rhetoric exalts a perception of practicality over principle and conscience. This video makes it clear that when you stand up with Evan McMullin and Mindy Finn, you stand on bedrock American principles. And you do not stand alone. Far from it. McMullin's message is sweeping the dry political fibers of this country like a wildfire.

When you #standupwithevan and #standupwithUtah, you join the ranks of millions who have abandoned their fears and dared to hope for a #2016miracle. 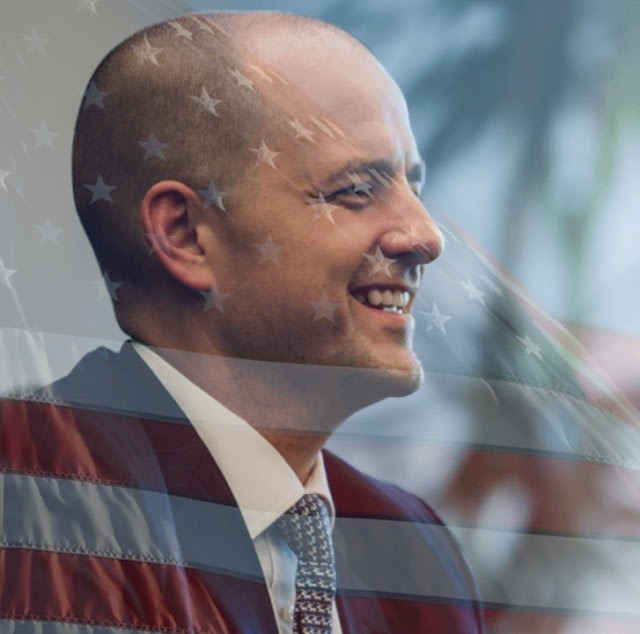