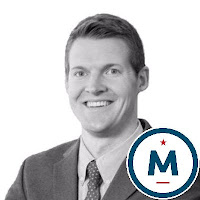 Since I launched my petition a couple months ago, nearly twenty thousand people have signed. Thank you for your support. Your active and civil engagement this election has been inspiring.

I fully recognize that we came together from diverse backgrounds. Some of us came as strong supporters of a particular third party candidate, others came undecided. None of us were willing to settle with the binary choice thrust upon us by the two major political parties.

My personal experience this election has involved a growing dissatisfaction with Donald Trump and Hillary Clinton. For reasons not worth rehashing here, I simply cannot trust either candidate. That said, I am praying for a peaceful transition after tomorrow. I will try to see the best in whomever we elect president. Even if turns out to be Donald Trump. Even if it turns out to be Hillary Clinton. I will condemn none for voting differently from how I voted. We can agree to disagree. The freedoms of speech and conscience are sacred; they make America great.

I find myself in an interesting position. Through some twist of fate, you all have shown me a significant degree of trust by signing my petition and giving me the opportunity to reach you. I am humbled by this. I have debated long and hard about whether it would be appropriate for me to use this unique opportunity to attempt to unite us behind the individual that I believe to be the best third party presidential candidate for our country at this particular time. I have decided that while we may not agree on all things politically and we may ultimately vote differently from one another this election regardless of endorsements, I know that my personal freedom of speech is safe with you. So, I am going to use it. I encourage you to do the same in the comments on my blog post or on our Third Party Debates Facebook page and, of course, anywhere and everywhere else you deem appropriate. I also specifically invite Jedi Knight (yes, that is his actual name), who has helped me as co-admin of the Third Party Debates Facebook page, to share his own official endorsement of the candidate that he has decided upon because he has chosen to support a different candidate than I have. Do I look down upon him? Do I consider myself his moral or intellectual superior? Of course not! I love him to death and I fully respect his freedom to make his own voice heard.

It is with that lengthy introduction that I announce my official endorsement of Evan McMullin and his running mate, Mindy Finn. Before August, I was leaning towards Gary Johnson. His track record of reigning in budgets and his pledge to shrink big government appeal to me. However, I don't see eye to eye with him on other issues. Still, he appeared to be a better option than Donald Trump and Hillary Clinton.

But then, Evan McMullin suddenly burst into the picture. I have followed Evan McMullin with deep interest since his announcement early August. This video attempts to recap some of what I have witnessed over the past few months. To me, Evan McMullin's momentum has been nothing short of miraculous, especially in light of the fact that his campaign has only had a fraction of the funding and time of all other campaigns. To me, this kind of momentum in spite of the odds, is the mark of a true leader. A leader who inspires.


In addition to following Evan McMullin in the media, I have had the chance to meet him in person. I trust him. I like him. I have also met Mindy Finn. I feel the same way about her.

I have researched their stances on the issues, both on their website and elsewhere online. I don't agree with them on everything, of course. Also, both are human, just like the rest of us. I also recognize that he did not enter the race at the ideal time. But I don't fault him for crossing his fingers for someone with more name recognition and political experience to enter the race and carry the banner of his cause. I admire him beyond words for taking a stand when no one else would, no matter how late in the game.

Like any candidate gaining traction, McMullin has been the victim of misinformation. I have tried to address some of the common myths about him here.

It is with great confidence and enthusiasm that I issue my endorsement of Evan McMullin. I pray for unprecedented voter turnout tomorrow. I pray that each voter will at least research the McMullin-Finn ticket and consider casting a vote in that direction. And I pray that each and every voter will vote her or his conscience (even if that means she or he votes for someone else).

One final thought: I believe so strongly in the American people that I believe we can stand united, even in the face of sometimes disappointing and even divisive leadership. Whatever happens tomorrow, whomever is elected, America is, and can always be, as great as We the People make it.